If you need to capture from multiple sources to the same computer, the Epiphan Capture Tool software supports that function for such video grabbers as DVI2USB 3.0, DVI2PCIe, DVI2PCIe Duo and SDI2USB 3.0. If you already have a capture software that you like to use, you can use AV.io HD, AV.io SDI, or AV.io 4K, which can be connected directly into your computer and operated through a third-party software. This demonstration shows how the Epiphan Capture Tool captures with multiple video grabbers using the Epiphan API, DirectShow, QuickTime or Video4Linux interfaces, and how to help your application can capture from multiple sources. In our example we will install four video grabbers: DVI2PCIe, SDI2USB 3.0 and two DVI2USB 3.0 products.

Step 1: Connect your devices to the sources and to the PC you would like to capture to and launch the Epiphan Capture Tool application.

You may be prompted to reinstall the hardware. If so, complete the Add New Hardware wizard.

Step 2: Select the device that you would like to record from.

When you launch the Epiphan Capture Tool, you are prompted to select a video grabber capture device to use. Select the first one.

Keep the capture software open and launch another instance of the software in another window. You will once again be prompted to select a video grabber device. This time, select the second one in the list. Repeat this operation for other devices as well.

You should now see the output from all devices in four separate windows. 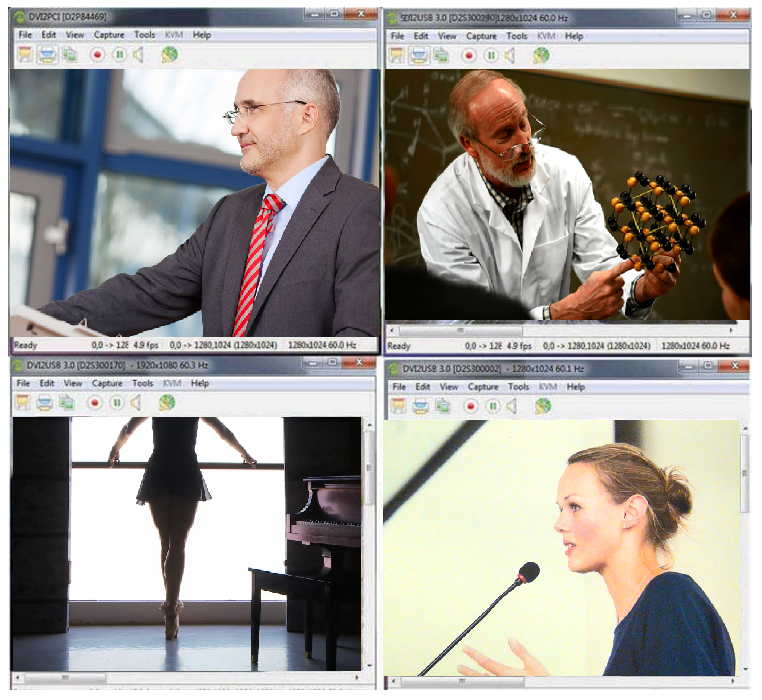 You can now capture output from the devices as you normally would. Remember that you have four windows in which you must activate the recording and that the settings in one instance of the program have no effect on the settings in the other instances. 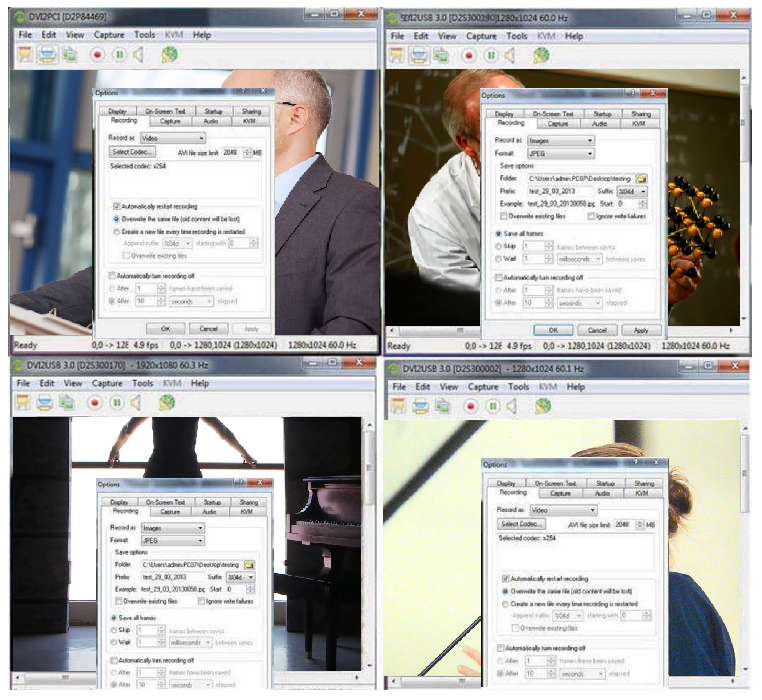