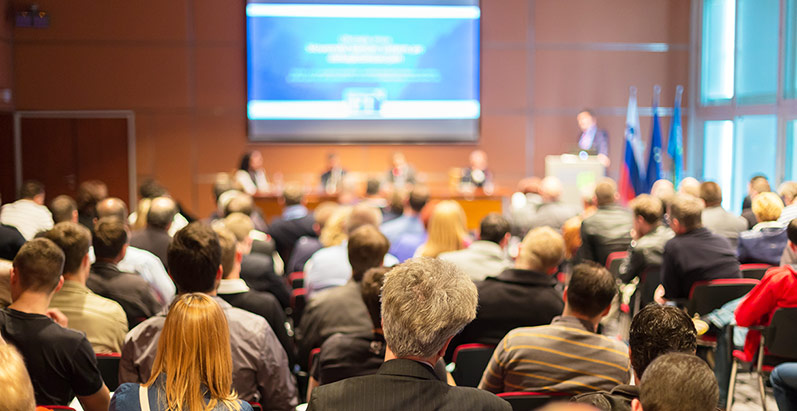 Today, many local government organizations are making their broadcasts available to the public on the internet. City council meetings, city boards, and a multitude of commissions from parks and recreation to nuisance abatement are live streaming their sessions online.

Only a decade ago, government broadcasting required access to a public or cable channel along with a staff of AV professionals to organize the process. Today it’s much easier for local government communications directors, clerks, elected officials, or IT directors to broadcast their events. Even with a very limited staff, governments are able to go live because of how accessible live streaming is. It is even possible to run 24-hour government webcasts, without spending a fortune on broadcasting costs. Let’s talk about how to make your city council live stream possible. But first…

Why do local governments use live streaming?

Several States and cities require governments to broadcast their meetings to the public. For example, in 2014, New York City passed legislation requiring all community boards to livestream their board meetings. Though many government events are broadcast on public and cable channels, smaller organizations do not always have the resources to be included on these platforms. With the global democratization of live streaming however, it’s much easier for local governments to go live on the internet and reach their constituents.

Even though public access channels do broadcast many city council events, the number of people who have access to these channels is decreasing. People, especially the younger generation, are opting to go digital. More people are connected to the internet than ever, and reaching constituents where they are is a good way to increase their engagement. It is easy to gather citizen feedback using the live stream, which gives the audience a voice. In addition, live streaming makes the event available for those who aren’t able to attend in person. As a result, more people are involved in the real-time democratic process, wherever they are.

We live in the era of total marketing, and the political process is no exception. Having a strong digital presence is important to large brands and politicians alike. Political figures and local governments choose to go live to be more connected with their constituents. Even if a government organization isn’t required to broadcast their public sessions, going live is a good way to demonstrate transparency and accountability. It creates a strong direct link between representatives and their audience.

How to set up live video streaming for government

Setting up a live stream consists essentially of 3 steps: capturing the audio and video, encoding it, and sending it to an online streaming destination. Therefore, there are three major questions to answer before setting up a city council live stream:

To capture the audio and video, you would need to choose a camera (or cameras) and place them in the meeting hall. In terms of streaming destinations, you can choose to go live to the most popular and public platforms, such as YouTube, Facebook Live. If you are looking for a streaming destination with more control and privacy, look at CDNs like Panopto, Kaltura, or Streamshark.

In our mind, the real difference in setups revolves mainly around video encoding. Encoding refers to the process of digitizing video and audio to a live video format to be viewed on the web. Let’s look at a few different options of how to encode your city council live:

If your local government doesn’t have a large budget to spend on live video production, but still wishes to go live on YouTube or Facebook Live using one video + audio source, consider using a simple encoder like Webcaster X2. In this scenario, the camera is connected to the Webcaster X2 using an HDMI cable. The audio comes in through the camera. Then, the Webcaster X2 is configured to go live to a single destination (YouTube or Facebook Live) via Wi-Fi or Ethernet.

Many small local governments use this setup to live stream city council meetings because it is very simple and inexpensive. For example, the city of Ashland, Ohio uses a Webcaster X2 for their city council live streams.

If you are looking for a more advanced setup which includes a number of video cameras, live switching, titling and other graphics, streaming software may be the way to go. Streaming software uses a computer to encode video and audio. In order to bring the video into the computer you will need to use a USB capture card similar to AV.io HD.

You will most likely need the help of an AV professional to set up and operate the software. Running streaming software also requires a powerful computer. This encoding setup will likely require more work and competent staff than using a simple encoder.

Another option is to use a hardware encoder like Pearl Mini to go live. The setup is fairly simple: connect up to 3 cameras to the hardware encoder, configure the streaming location, and start streaming via Ethernet. Switch between sources live to show different angles. You can even add simple titling and overlays – names, logos, and other graphics – on the fly. Streaming hardware like Pearl Mini allows you to go live on Facebook Live, Youtube, or any other CDN like Kaltura, Panopto, or any other secure server. Pearl Mini is integrated with Panopto and Kaltura CDNs to schedule you live streams in advance so you don’t have to worry about it. Multistreaming is also a possibility, which means you can go live to Youtube and Facebook Live simultaneously.

This setup is more simple than using streaming software for a number of reasons. First of all, it does not require a computer. All the encoding is done by the device itself. Second, it is very easy to operate: all the live switching can be done using the touchscreen display. You get a reliable live stream, every time.

Here is a great example of the city of Westfield, Indiana using Pearl to do a city council live stream. One video source is the camera, pointed at the council, and the other video source is a laptop with the agenda. This side-by-side layout makes following along very easy.

There are additional tools made for local government and city council live streams. Many agencies use a tool called Granicus to have the meeting agenda and the video frame streamed side by side, so it’s easier to follow along.

There are a few more things to keep in mind when setting up your live stream, such as sufficient network bandwidth, testing your equipment in advance, and more. If you want to learn more about the mechanics of live streaming, check out our guide to live streaming.

We hope this article was helpful in understanding local government and city council live stream setups. Thanks to this digital channel of communication, more citizens than ever can have easy access to reliable and accurate information in a timely fashion. In addition, local governments can stay accountable and honest with citizens on how business is being conducted and how the tax dollars are being spent.