HDMI audio over DVI?!? How does that work?

In pre-sales, we get this question almost daily from prospective customers: Can Epiphan grabbers really capture HDMI audio through a DVI port? The answer is yes! And no, it is not magic or proprietary.

For the tl;dr crowd:

HDMI uses a subset of the exact same pins available in a DVI connector. This was done on purpose and by design. The smart people who devised the HDMI standard made sure that DVI connectors could work with HDMI signals and vice versa. Both standards send video along the same set of wires inside the cable with the HDMI or DVI ends on it. However when transmitting HDMI, audio is interleaved with the video signals.

When an Epiphan Video capture device recognizes that the incoming signal has data between the video lines (i.e. HDMI video signal pattern) it reads the audio data and unpacks that too. See? No magic.

Want to know more? Read on…

Back in the late ’90’s, the video industry recognized that VGA/analog systems were outdated and a new video signal type was needed. One that was digital and could provide higher quality, speed and resolutions.

In 1999, DVI was born. A new connection type that allows a wide range of options, including digital video over “TMDS” (transition-minimized differential signaling) channels while also supporting separate pins for old VGA signals.

It seemed like DVI could be a universal option.

In the rapidly changing world of the early 2000’s, DVI was quickly found to be lacking a few important features. Growth of the high-end home theater market, a hunger for big screens, high-def, DVD and upcoming Blu-Ray formats meant a need for smaller connectors that included embedded audio and copy protection. DVI was missing all of these things, so a new standard was designed.

In 2002, HDMI was born. HDMI was designed to have a much smaller plug, purely digital data, digital audio and High-bandwidth Digital Content Protection (HDCP) support.

Knowing from the start that they wanted to make HDMI and DVI compatible, the video industry designed HDMI so it uses the same TMDS channels that DVI uses for digital video data. Specifically, the HDMI protocol uses the gaps already present in the DVI video protocol and adds audio (and other important information) in these gaps that occur between each line and frame of video. Thus, DVI and HDMI have the same electrical specifications, allowing you to go from DVI to HDMI and vice versa with only a simple plug adapter; no signal conversion is necessary.

Tangential but interesting: Initially, the smaller HDMI connector (which uses fewer pins than DVI) couldn’t offer the same range of high resolutions that DVI does. Updated revisions to the HDMI standard have resolved this issue by adding higher resolutions using higher frequency transmissions, but HDMI continues to lack analog/VGA signal support. The result is therefore not backwards compatible, so DVI continues as a standard with more of a focus on industrial solutions while HDMI focuses on a consumer market.

It’s worth repeating this part again:

The original DVI specifications did not include audio (it was 1999 after all) but DVI and HDMI use the same digital channels and physical wires to carry all the data. HDMI sends both video and audio data interleaved on the same pins used for video alone in the DVI standard. HDMI does not use a separate set of pins for audio.

This means that all the data is there, it is only a matter of listening for it.

Graphics card manufacturers (both nVidia and ATI) first made use of this important HDMI/DVI relationship to provide GPUs that could offer both consumer market HDMI and high-end industrial resolutions in one flexible product by essentially sending HDMI data over a DVI connector.

Here at Epiphan we see the same need for a single, flexible and powerful product, only we do the reverse: we need to capture it.

Epiphan’s customers have a wide range of video sources they want to capture, so we create products that offer portability and capture high resolution video, HDMI audio as well as analog/VGA. To do this, we choose to use a DVI-I connector with digital and analog support.

In the end, there is no magic to it. HDMI audio is transmitted via the same digital channels DVI uses for video; at Epiphan, we’re just listening for it. 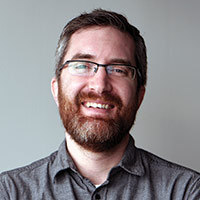