H.264, also known as Advanced Video Encoding (AVC), has long been the dominant video compression standard. Today most live streaming platforms use it for playback, and it’s still the codec of choice for over 90 percent of video industry developers. But there’s been a lot of buzz in recent years about H.265, or High-Efficiency Video Coding (HEVC).

Not sure which standard for video compression you should use for your productions – H.264 vs. H.265? Read on to understand the differences between these two codecs. 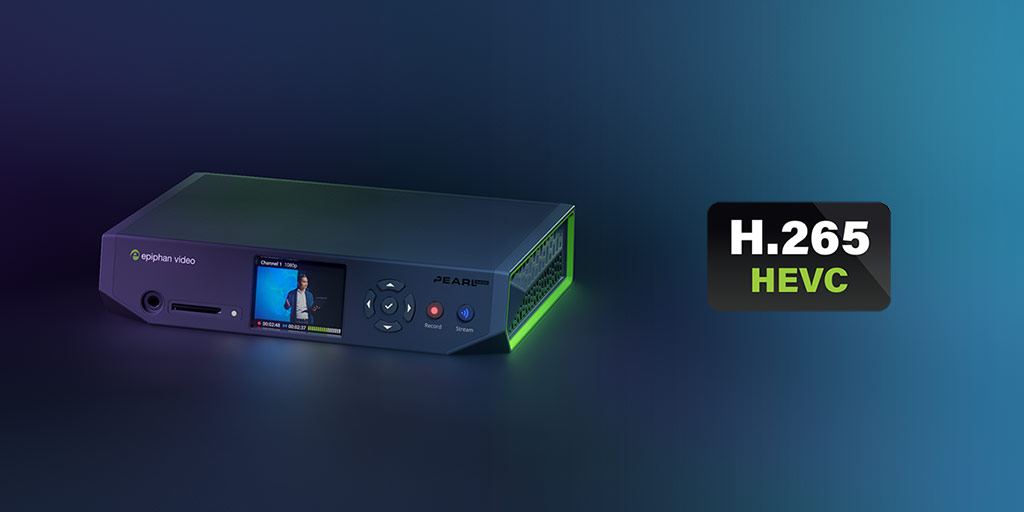 The H.265 codec compresses information more efficiently than H.264, resulting in files of comparable video quality that are about half the size.

The benefits of this are twofold: H.265 video files don’t take up as much storage space, and they require less bandwidth to stream. This is a big advantage especially when it comes to storing and streaming 4K video and other high-resolution video content.

What accounts for this difference is how each video compression standard processes frames. H.264 uses what are called macroblocks, processing units that span 4×4 to 16×16 pixels. H.265 uses a newer block structure called coding tree units (CTUs), which can process sizes of up to 64×64 pixels.

There are other technological enhancements at work, such as superior motion compensation and spatial prediction. But the shift from macroblocks to CTUs is the most significant contributor to H.265’s greater efficiency.

No. That’s the great thing about H.265, and the big reason why it’s seen as the successor to H.264. Effectively, H.265 results in files that are roughly half the size and about the same image quality as H.264.

There’s a catch, of course: H.265’s higher efficiency comes with a steeper computational power requirement. But that’s becoming less and less of an issue as time goes on.

What H.265 offers in efficiency it demands in processing power. Advanced hardware is needed not only to create H.265 video files but also to decode them for playback. This limits who can benefit from H.265’s superior efficiency to those with the right gear. It’s why H.264 is still the go-to codec for many.

That said, there are plenty of current-day video applications where H.265 encoding is an asset, particularly those involving 4K. Plus, the number of content consumers with H.265-capable hardware continues to grow. It’s only a matter of time before H.265 fulfills its purpose and succeeds H.264.

It’s a term you’ll hear often in the streaming world and probably use a fair bit yourself. But what even is a “codec”?

A video codec is a process for compressing and decompressing video data. There are also audio codecs that do the same for audio. The term itself is a combination of the words “coding” and “decoding.”

Codecs are often confused with containers. For video files, that means formats like AVI, MOV, or MP4. The difference is this: A container holds the compressed video and audio and any other components of the file, such as any metadata or subtitles. The codec comes into play at the start, determining how the raw footage and sound are compressed within the container, and decodes the file for playback as needed.

Codecs come in two classes: lossless and lossy. During playback, lossless codecs completely reconstruct the compressed data while lossy codecs serve up only an approximation. It’s a trade-off between quality and playback experience, with lossy codecs offering much smoother playback that might include interpolation and other compression artifacts. Streaming lossless media isn’t feasible for most Internet connections, which is why lossy codecs like H.264 and H.265 prevail online.

The perfect-fit streamer and recorder can encode and decode using the highly efficient H.265 video codec in addition to H.264/AVC and Motion JPEG. Check out our Pearl Nano product page for more info and discover what makes it the best HEVC encoder.

How to host a virtual product launch event

Multi-encoding: What it is and when it’s useful