What is 5G and what will it mean for live video? 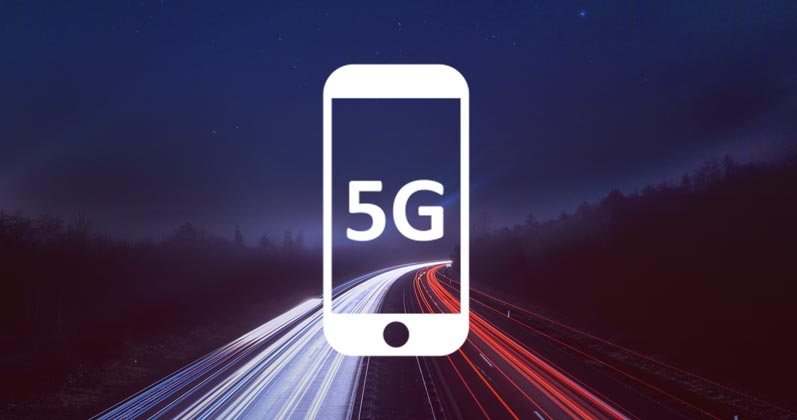 You may have already heard: faster cellular internet is nigh!

The term 5G was getting thrown around at 2018 telecommunication expos more often than AI, cloud-based technology and blockchain combined. But if you don’t follow the latest cellular tech news to a tee, you may be wondering what all the hype is about. “What is 5G, when is it coming, and what will it mean for me?” — here is a blitz question-answer blog post to help out.

Where are we right now in terms of G’s?

Right now, we are mostly using fourth generation (a.k.a. 4G) technology for cellular internet. It’s important to understand that the term 4G actually refers to a certain standard, a set of specifications a technology has to meet in order to be called a 4G technology. Think of it as athletes qualifying for the Olympics: “you have to be this fast in order to qualify for the olympic 4G team”. Companies and specialists (a.k.a the athletes) then compete to meet these specifications and develop the best system. Currently, the prevailing 4G system is called LTE Advanced.

By the way, just LTE (without the Advanced part) is actually not a 4G technology because it doesn’t meet the 4G requirements, but this didn’t seem to stop telecom companies from marketing “4G LTE” as true 4G.

The LTE Advanced 4G maxes out at 1 Gbps download and 500 Mbps upload, but these speeds are only really available in large cities. Today, realistically consumers can count on speeds of 20-100 Mbps. LTE Advanced lets us do some mobile live streaming in areas with good coverage, however bitrates and streaming quality must be kept relatively low for higher reliability.

What is 5G and what is it promising?

It’s better and faster internet. Like over 1 Gbps fast.

Naturally, 5G is the fifth generation of cellular mobile communications. It is a set of specifications that succeeds 4G. 5G promises faster speeds, a more stable connection, lower latency, the ability to connect even more devices to the network, as well as a reduction in costs and energy consumption.

In terms of speed, 5G technology intends to be 10 times faster than 4G. Peak target data rate is estimated at 20 Gbps, however realistically, speeds for consumers across the coverage area are promised to be around 1 Gbps.

Today, the LTE Advanced Pro system is in fact approaching these speeds. This is why LTE Advanced Pro is sometimes referred to as 4.9G, or Pre-5G, suggesting the upcoming jump to 5G territory.

How does 5G work?

5G will be able to deliver all these awesome promises to do this by using:

Naturally, 5G technology is actually much more complicated, and there are a lot more fine details involved. The above points are just the most prominent principles that will make 5G possible.

If you’re a visual learner like me, check out this nifty 5G infographic from this LiveTiles blog (click on image to see full version):

When is 5G coming?

5G technology is planned to roll out in mid-2020. Companies are to install and test all necessary equipment in 2019. Companies like AT&T and Verizon already have 5G test sites in Dallas, Atlanta, Sacramento, Los Angeles, and a dozen more cities. There are also many other amazing projects in development and testing that are only made possible by 5G. Japan is planning to make 5G technology available for everyone on site during the 2020 Olympics.

Commercial deployment should be possible from 2022 onward. And in case you are wondering — yes, you will need a new, 5G-compatible phone.

What will 5G mean for media broadcasting, live streaming, and video in general?

Theoretically, it will mean 4K live streaming that isn’t awful (and maybe even great).

Basically, we are talking about fiber-like performance on the go. Respectively, it’s fair to say that 5G will have a huge effect on mobile video. Downloading full-length feature films will take just a few seconds. You will no longer need to watch TV in your home – you can just carry it with you. With speeds of 1 Gbps, it will be a much better viewer experience across all devices.

5G is also a true revolution for mobile live streaming, for both the streamer and the viewer. Just think about it: a more stable connection and the ability to stream in 4K and even 8K on the go! Sharing live content will be easier than ever: 5G technology allows more devices to be connected to the same network, without creating congestion. Consuming said live content will become much easier.

This will bring even more focus on creating video content for marketing. All the perks of 5G will mean more flexibility for marketers and content creators as it sets fewer quality/filesize restrictions for published content. For example, VOD and live content can be published in superb, 4K+ quality without the risk of the end user’s device and network not being able to handle it. This also means that VR and augmented reality may become a standard of campaign marketing.

…And beyond live streaming?

Virtual and augmented reality, self-driving cars, and devices that communicate with each other.

5G technology will finally bring the right bandwidth and latency to make augmented and virtual reality a seamless and pleasant experience. Just check out what it is able to bring to sports:

The new technology will also allow the Internet of Things (a.k.a. all devices that are connected to the network and can “talk” to each other) to efficiently communicate amongst themselves. This means faster delivery of value to people. Self-driving cars, robots, and other machines that transmit massive amounts of data in real time will finally be fully usable in everyday consumer life (and not in a lab setting). It is the era of interconnectivity of everything.

Will 5G be as amazing as it sounds?

Well… You know how even today you can’t sometimes get a single bar?

First of all, we are going to have to wait for 5G to be fully up and running (remember, 2022 for the consumer market). Most of it is still in beta-testing mode. It may take quite some time before 5G coverage becomes consistent. Think back to how gradual the change from 3G to 4G was: big cities were quick to get 4G, while many rural areas even now barely have any cellular coverage. Same thing will happen with 5G: coverage will be best in city centers, where antennas can be placed densely (remember that 5G is highly reliant on small, densely placed cells). Less urbanized areas will probably be relying on 4G for a some time to come. 5G and 4G technologies will most likely have to co-exist for the next decade or so.

We are pretty excited about 5G. It will surely take live streaming to the next level, making it a much more pleasant and seamless experience. For example, it would be great to load up a camera rig and go live (using the Webcaster X2, of course!) without having to lower the bandwidth to the bare minimum and hope for the best. And even though we are about 4 years out, we are still looking forward to that day of that 1 Gbps 5G and a brilliant 4K live stream on all devices.

We hope we were able to shine some light on the question “what is 5G”. Let us know if you have any questions and comment below!