Located in the heart of downtown Toronto, Asterisk Media is a full-service production company that develops innovative digital broadcast solutions for clients looking to produce professional live events. For a recent project, Asterisk Media Creative Technologist, Anil Mohabir, worked to put together a live production for The Spoke Club – Toronto’s first private members club for individuals with an interest in media entertainment innovation and the arts.

Pearl-2 to the rescue

Luckily, Anil had the perfect solution in mind – Epiphan Pearl-2™. Designed for versatility and ease of use, Pearl-2 is Epiphan’s flagship live production box that simultaneously encodes, streams, records, and more.

With support for a variety of video inputs, Pearl-2 easily accommodated the multi-camera setup Anil had in mind. Better yet, Anil could create custom multi-camera layouts and use Pearl-2’s live switching feature to swap between layouts while live streaming. The result was a highly dynamic Facebook live stream – exactly what The Spoke Club wanted.

Anil also selected Pearl-2 for its intuitive design and ease of use. Since the live production crew was limited to three people for this particular show, Anil needed a solution that offered simple and efficient control. Using Pearl-2’s well-designed web-based administration interface and touch screen control, Anil was able to effortlessly switch layouts and monitor the stream with no technical personnel required.

A recipe for live streaming success

Anil used the following components in his setup for The Spoke Club’s live event:

Pearl-2 mixed three video sources in this setup: two Sony PXW-FS7 cameras and a laptop. The first camera was set to a static wide shot of the full panel and the second camera was configured with a zoom lens to frame whoever was speaking at the time. Both cameras were connected to Pearl-2 over SDI. The laptop was connected to Pearl-2’s HDMI™ port and was used to play a pre-roll video clip at the beginning of the event.

The audio board mixed audio from two cardioid mics and a single wireless LAV mic. The moderator used the LAV mic while the speakers shared the remaining mics on stage. An external monitor was connected for confidence monitoring purposes using Pearl-2’s HDMI output port.

An Ethernet switch connected Pearl-2 and Anil’s administrator laptop to the same network. The switch was then connected to a Rogers LTE Rocket Hub internet hotspot for wireless internet access (tested at 150 MB/s down, 25 MB/s up).

When it was time to go live, Anil sent the stream to Facebook Live in 720p resolution at 4 MB/s bitrate. During the live show, Anil used the Pearl-2 touch screen to switch between custom layouts containing a mix of his video and audio sources.

The results speak for themselves

Anil and the Asterisk Media team created a beautiful and dynamic live event experience for followers of The Spoke Club’s Facebook page.

The result was an engaging experience that generated viewer interaction and helped increase visibility of The Spoke Club brand. In addition to the in-house audience, the live stream attracted an additional 625 online viewers throughout the 90 minute show.

"Using Pearl-2 was a really great experience. It was easy, fast, and had everything we needed to produce a dynamic live production right in the box. But most importantly, Pearl-2 delivered results!" Anil Mohabir, Creative Technologist, Asterisk Media

The setup was so successful that Asterisk Media plans to continue using Pearl-2 for future clients who value high levels of audience engagement in their live productions.

Thank you Asterisk Media and The Spoke Club for sharing your Pearl-2 success story with us! 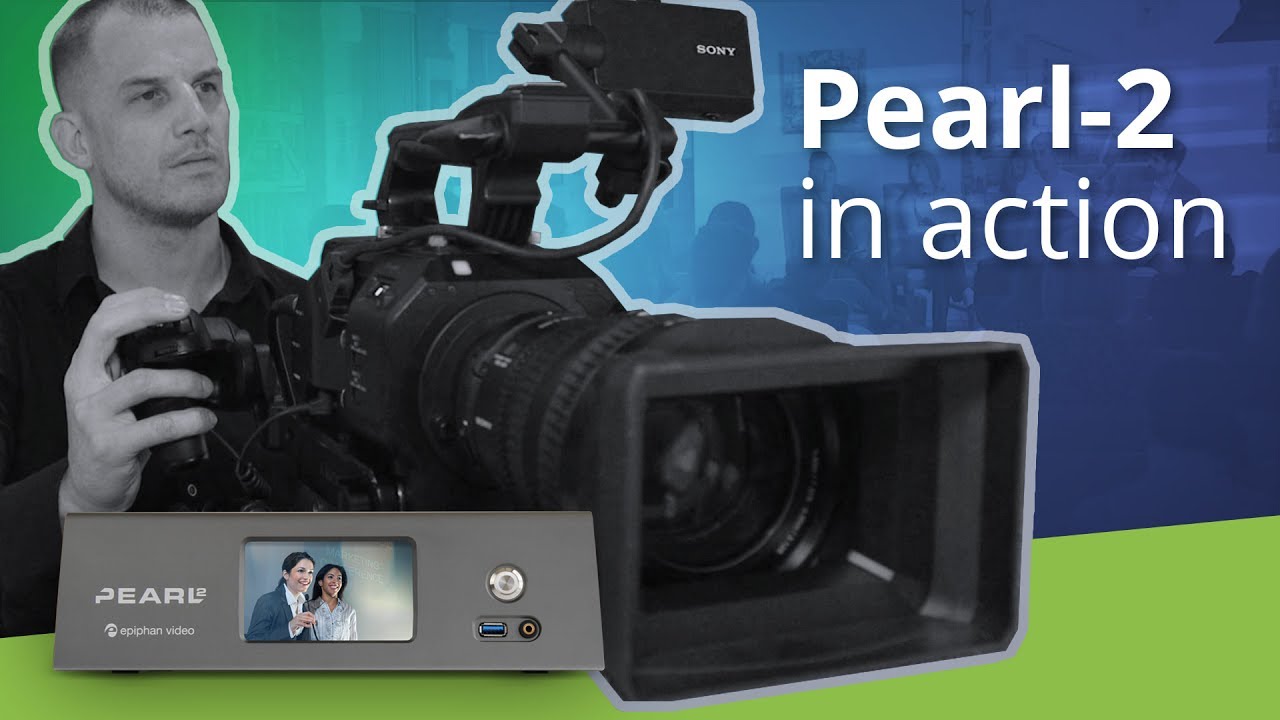