AI speech-to-text accuracy: Is it good enough for your live events? 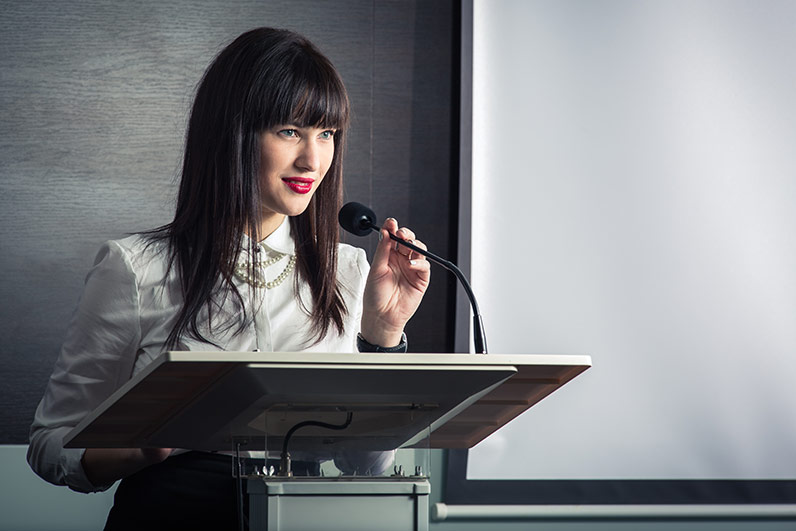 By no means is this a groundless conclusion. It’s based on our own research looking into the performance of leading speech recognition APIs to determine their “real-time readiness.” Read on for a breakdown of those results.

Get the best AI speech-to-text accuracy

To evaluate automatic transcription performance, we fed each API over 1,500 sample phrases from a test set made available by Texas Instruments and the Massachusetts Institute of Technology (TIMIT). We compared the results to the reference transcriptions included with the test set and measured latency. Ultimately, we decided against adjusting transcription timings for round-trip time (RTT) since RTT made up a relatively small portion of overall latency in every case.

To establish a baseline for human transcription performance, we drew and generalized results from multiple academic sources.

A note about terminology

By “transcriptionist” we mean a professional who transcribes speech using a computer keyboard versus a stenographer, who would be capable of typing at higher speeds using a stenograph. The corporate, education, and special events markets tend to use transcriptionists because stenographers charge considerably higher rates.

Regarding the TIMIT test set, the recording of those samples took place in a noise-controlled environment. We normalized the reference transcriptions by converting capital letters to lowercase, removing punctuation, and spelling out numerical terms. Then we calculated the word error rate (WER) for every utterance. Based on the complete test set, for each engine we also calculated a mean WER and WER confidence interval (two-sided, 95% confidence, t-distribution, if you want to get specific).

Our data set did include some variance since the test phrases were made up of a variety of people speaking at different rates. But this is true to the various speaking rates, pitches, and other speech differences you’d find in real-world settings. None of the speakers were instructed to talk slowly into a microphone to make an accurate transcription more likely. Given all these precautions, we’re confident the amalgamated data is a close reflection of each API’s true accuracy.

It’s also worth noting that our testing was in English only. English is the most widely used language in the applications we analyzed, which may mean English gets the lion’s share of developer focus. In any case, we suspect there would be only minor variances between languages.

It’s important to note that these results reflect the state of each API in January 2020, when testing took place. Performance could only be better if we ran the same tests today since speech recognition technology, as a piece of machine learning, improves over time.

Each API achieved a level of accuracy and latency suitable for real-time captioning. The latency of Amazon’s API was a bit higher than IBM’s and Google’s engines, but the three are comparable when it comes to accuracy and cost. We also tested each engine for noise resilience (transcription accuracy in the presence of noise) and found that audio equipment quality, microphone placement, and other factors are essential for acceptable performance.

What does all this mean in practical terms? These APIs are ready for use in live event scenarios – but how can organizations actually leverage them?

This would require developing:

And so on. The other, less burdensome option is to use an off-the-shelf dedicated automatic transcription device. 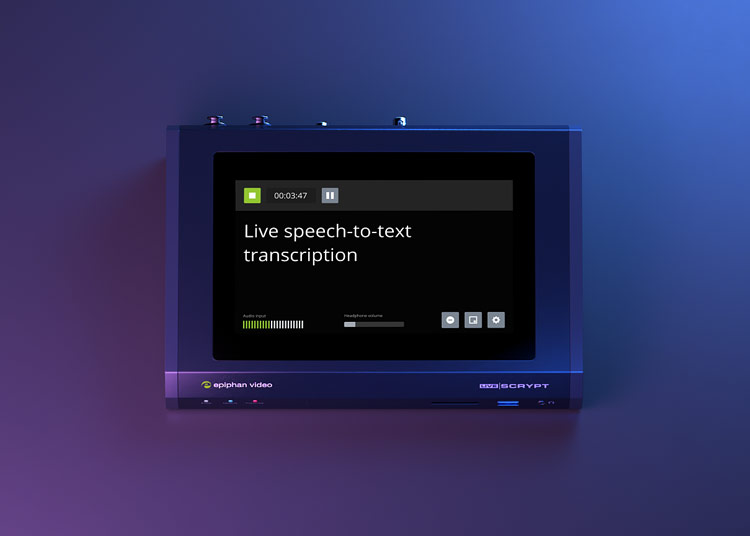 Get the best of automatic transcription technology today

Visit https://epiphan.com/products/livescrypt to learn more about how our dedicated automatic transcription device can help make your live events more accessible and engaging.

Automatic transcription is ready for your live events