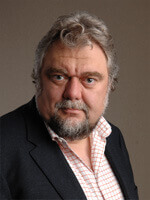 Mike Sandler is a seasoned technology entrepreneur in the web and collaboration technology space. He has more than 20 years of management and software development experience in both private and public high technology organizations.

Previously, Mike was vice president of research and development at PointShotWireless, where he worked on North America’s first operational mobile wireless platform for trains. In 1999, Mike founded IPMeeting Inc., a software manufacturer that produced best-of-breed virtual meeting and synchronous collaboration applications. IPMeeting was acquired by DWL Incorporated in 2000, which was acquired by IBM in 2005.

Mike received his M.Sc. in Computer Science from Moscow Institute of Physics and Technology. He is a Harvard alumni, having completed the three year Owner/President Management program at Harvard Business School. He has also been a guest lecturer at Carleton University. 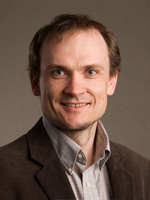 Misha is the driving force behind Epiphan’s technology strategy. As Chief Technology Officer, Misha is responsible for maintaining awareness of technologies pertinent to Epiphan Systems solution suite and for potential partnerships. Misha provides the vision and strategic leadership in the implementation of technology to further Epiphan’s mission and goals.

Prior to starting the Epiphan Systems venture, Misha co-founded IPMeeting alongside Mike Sandler, and served as the company’s chief engineer. Misha also spent time as a senior systems engineer at Parallel Graphics LLC, a Silicon Graphics company. Prior to that, Misha worked in a development role at ParaGraph International, Inc. Misha has his Masters of Science in applied mathematics from the Moscow State Aviation Institute in Russia and a Doctorate in Computer Science from the University of Ottawa. 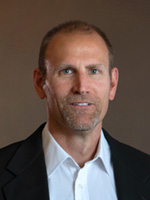 Jeff Kushner, CPA, CA, manages the finance, administration and supply chain functions at Epiphan Systems. He brings more than 20 years of finance and management experience in both private and public high technology organizations.

Prior to joining Epiphan, Jeff was the Director of Finance at SiGe Semiconductor, a privately held fabless semiconductor company sold to Skyworks Solutions in 2011. While at SiGe Semiconductor, Jeff managed company growth from $1 million in revenue to over $100 million. During that time he played a key role in securing financing, filing of a S-1 prospectus to go public on the NASDAQ and the eventual sale of the company to Skyworks. Jeff has also been a senior finance executive of publicly traded technology companies including Alcatel and Newbridge Networks. Jeff is a Chartered Accountant and holds an Honors Bachelor of Accounting from Brock University. 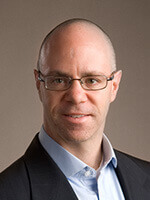 David is responsible for Product Marketing at Epiphan. Working closely with Engineering, Operations, Applications, Channel Management, and Support, David ensures the evolution of Epiphan products and services continue to exceed customer expectations in a wide variety of end user applications.

Frequent direct interaction with end customers, channel partners and industry players are key to David’s role in defining market and product direction for Epiphan. Prior to joining Epiphan, David was VP of Marketing at Galazar Networks. Previous to the last decade of marketing and product management roles, David worked in product development at Galazar Networks and BNR/Nortel where he held software design, ASIC and FPGA design, and engineering management positions. David is an inventor on multiple technology patents and holds a Bachelor of Engineering degree from McMaster University. 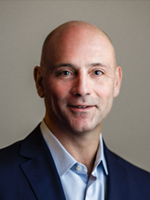 Anthony is responsible for managing global sales at Epiphan Video. Developing a world-wide network of sales representation, Anthony works closely with channel partners and regional field sales teams to ensure sales and support in key geographies around the world. 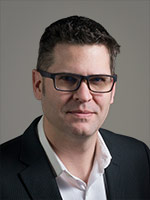 Michael is responsible for solving challenges for the complete lifecycle of an evolving portfolio of increasingly advanced products. Michael’s mission is the successful execution of new projects, and ongoing, responsive operations support that prioritizes the success of our customers.

Prior to joining Epiphan, Michael was a founding partner and president of a successful hardware and firmware design services startup, and was involved for many years in services and early cycle product development. This experience for a large variety of customers and projects laid the groundwork for understanding what does and doesn’t make for successful project execution. Michael holds a Bachelor of Science in Electrical Engineering from the University of Waterloo and has PMP accreditation.

Get Support
Register Your Products

Register your products to stay informed

Epiphan prides itself in providing a high level of service and customer satisfaction.