I’ve noticed on a couple records now that there will be an occasional glitch that shows up in playback. I’m not using any interlaced sources, all progressive. In the past I wasn’t too worried as I would run it through Adobe Premiere and export it back out and they seem to go away.’

However tonight, I had to pre record some talent to play back directly into our broadcast and so now I’m stuck with a glitch in the video, which is being re-recorded again with the master of the entire show, so its going to cause me at the least a lot of work to fix.

Any ideas what is going on…? I’ve got a PGM mix output coming from Vmix into my Pearl 2 via HDMI, cpu overhead is like 7%, just using the pearl 2 to record an stream to YouTube, so its not even doing much.

Thanks for any help…! 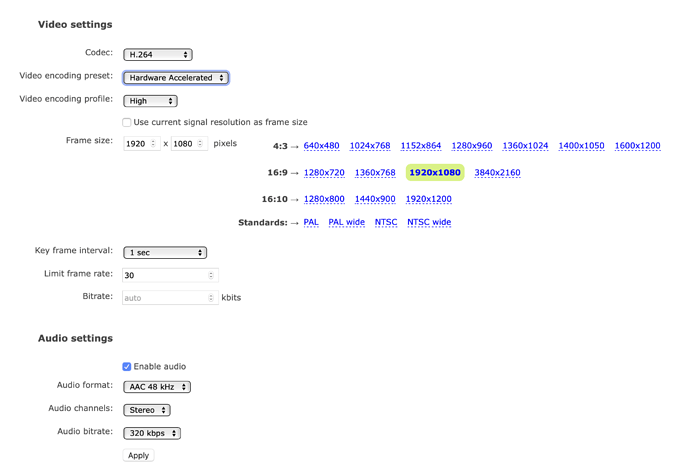 Sorry to see you’re running into artifact issues. As this will be a more involved troubleshooting process, please reach out to us at info@epiphan.com with

If you have not already done so, please also try swapping video cables to ensure it’s not a bad cable connection.