NAB 2016 – into the evolving world of the connected consumer

With over 100, 000 visitors forecasted to attend NAB this year, the show is slated to be bigger than ever before. And for the first time ever, Epiphan is exhibiting on the show floor at booth SU14810 in the south upper hall of the Las Vegas Convention Center, April 18-21.

Traditionally, Epiphan’s staff has gone to NAB for meetings and demonstrations at partners’ booths, such as when we announced our partnership with Wowza at NAB Show 2015. We found this was the best way for Epiphan to participate, as NAB seemed more tailored to the broadcast industry. But things are changing in this industry!

Why this year is different

Just last week Deloitte published their “Deloitte Digital Democracy Survey”. In short, the survey concluded that younger generations (i.e. Millennials) generally value live streaming as the preferred form of media consumption over traditional TV watching. According to this survey, up to 75% of this younger demographic are active streamers, and they are paving the way for older generations to follow suit.

For NAB, which stands for “National Association of Broadcasters”, and the entire broadcast industry in general, this is a sign of things to come.  In the world of today’s consumer, streaming and webcasting is beginning to replace traditional broadcasting and TV. This is evident from NAB’s own website which outlines the makeup of exhibitors located in the south-upper “Distribution /Delivery/Online Video” hall. This hall contains 172 streaming/webcasting exhibitors and only 98 DTV/HDTV exhibitors, further lending to the notion that the broadcast industry is evolving and merging with the live streaming and webcast industry. And as a leader in the capture, live streaming and recording field, we at Epiphan Video are excited to present our products to the visitors of NAB 2016.

What to expect from Epiphan Video at NAB

Come see our latest video capture, recording, streaming, switching, webcasting, encoding products at our booth. NAB 2016 will be the first big show in the US where we are demonstrating our new rackmount models of our popular all-in-one live production mixer, Pearl. Also on display is our line of easy to use video grabbers and our brand new PTZ (pan-tilt-zoom) video camera, LUMiO 12x. Visit us for a friendly chat about how our capture, live streaming and recording solutions meet your needs – and give our products a test for yourself! 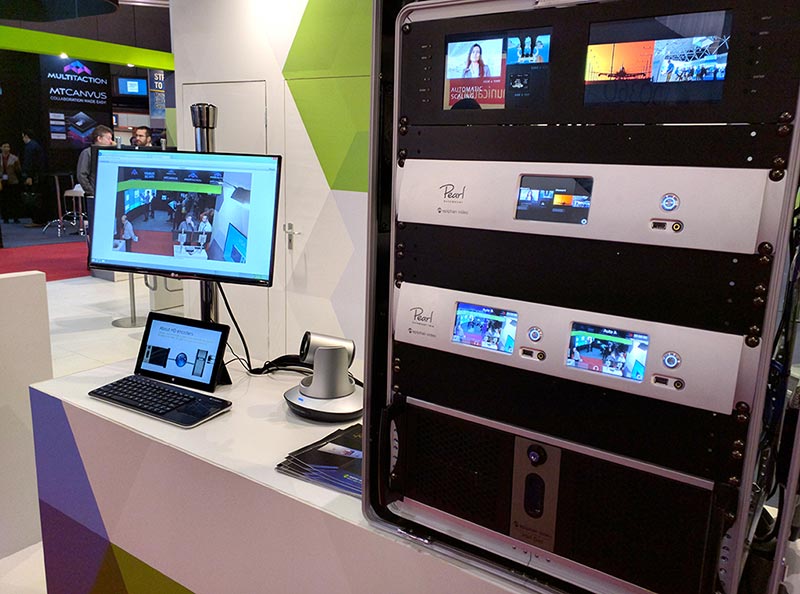 Get in for free!

See you at the show!