Documentation and technical writers: Tools of the trade for screen capture

A picture is worth a thousand words and a video can explain something complex in just a few seconds, but how do you get all those screencaps and video – especially from hardware products?

Whether we call them image capture and video capture or screen snaps, screenshots, screen scrapes, or screen casts; getting images and video from software and hardware is often part of our job. I’d like to introduce you to some of my favorite tools for this.

When it comes to simple screen captures from web browsers or applications on my desktop, I really like the built-in Windows Snipping Tool. It’s not the most feature-rich tool out there, but it loads really quickly and is very easy to use.

Simply highlight a region on your screen and it’s saved automatically to your clipboard (copy/paste buffer). Paste it into something you’re working on, or use the Snipping Tool’s menu to save it as bmp, jpg or png.

Perhaps my biggest gripe with it is that it likes to save filenames with upper case extensions, and I prefer lower. I suppose it could also use a zoom mode for precise capture – but I’m usually very good at snipping just what I need. This is my number one go-to tool for simple Windows desktop capture.

Everything seems to take me longer to do when I’m not sitting at my desk with my ergonomic keyboard and mouse, all my software tools, save folders, network drives, etc. And I’ll admit that in those old Mac vs PC commercials, I’m the PC. So I try to avoid Macs. However given that our video grabbers work on Mac, Linux and Windows, I’m often times required to capture screen shots from a Mac and other “foreign” computers (or anything other than my personal desktop).

Sometimes, I’ll use the built-in capture tools on those foreign computers (like the built-in Mac function ⌘-Shift-4). This function saves images to the Mac desktop, so I copy the images from there to a USB stick, then bring them back to my computer. Lastly I rename the files and copy the screen captures into the right folder structure.

More often, I find it’s so much easier to stay in my own workspace ecosystem. That’s where having an AV.io HD or AV.io 4K makes my day! Whether I’m capturing from one of our Macbooks here in the office, or a headless Intel NUC running Linux, I can just connect my AV.io video grabber to the video output port of the computer (using the appropriate adapter on Mac), then connect AV.io to my Windows computer over USB 3.0.

Because our AV.io family works with any software that can see a web camera, I often use the very simple built-in Windows Camera application to get beautiful screen captures through AV.io HD or AV.io 4K. If I only need a portion of the screen, I can use the Snipping Tool in addition to this, or edit the images to the size I need with a photo editor after the fact. The exact same Windows Camera app can also record video for me from these “foreign” desktops, or I can record using OBS or VLC. 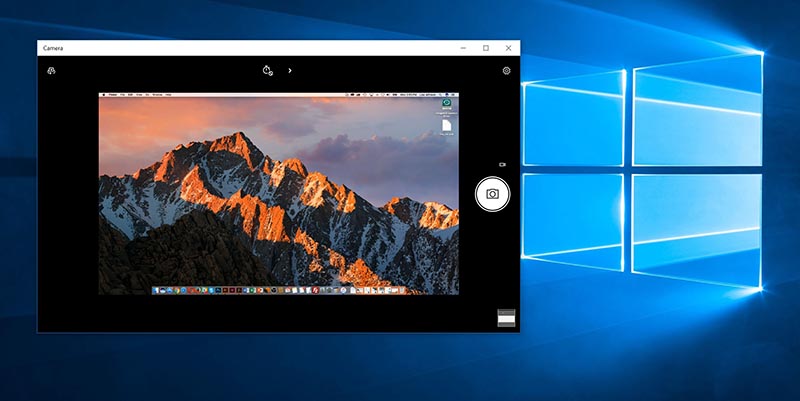 The hardest image capture: from “hardware” (including mobile/tablet apps)

Where AV.io HD and AV.io 4K really shine, and where, as a technical writer, I truly appreciate having them, is when capturing images and video from hardware that doesn’t have a typical computer-based interface. There are thousands of these kinds of products around. For example: mobile and tablet software, industrial equipment, custom hardware like car dashboards and embedded device displays, medical equipment, proprietary hardware devices, even air traffic control simulators!

Most recently, I used AV.io HD for all the screen captures in our new Webcaster X1 for Facebook Live and Webcaster X1 for YouTube user manuals. After connecting AV.io to the HDMI OUT port of one of the devices, I started up Windows Camera on my laptop and was able to get perfect, high-definition captures of what the user would see if using a display attached to the device. 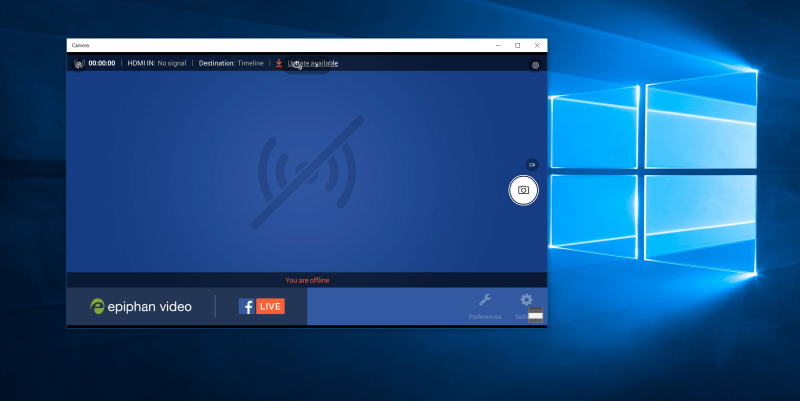 Capturing from custom hardware like Webcaster X1 for Facebook Live is easy with AV.io HD and Windows Camera.

I also used AV.io 4K with OBS on my laptop to capture screens and video for a tutorial on how to capture 4K video from a PS4 Pro. Of course, in this case use of the product was the point, since I was writing a how-to for AV.io 4K, but it would have been very helpful if I had been writing a more generic PlayStation 4 Pro tutorial, for example.

One of the best parts about using AV.io HD and AV.io 4K is that you’re not limited to static image capture, video capture can also be done at the same time. Capture Full HD (1080p) at 60 fps with AV.io HD or AV.io 4K and 4K UHD at 30 fps with AV.io 4K.

A final thought on capturing from those difficult to capture hardware or in scenarios were I want to capture simultaneously from multiple sources (like both a camera and a desktop). For these situations, I use Pearl or Pearl-2. In fact, these systems are what we use to make our how to videos, pre- recorded screen captures, and live streaming events! It’s a heavier duty tool, but if you’re doing lots of training or live events, Pearl can be the right solution for you. It means a lot less work in setting up software tools for encoding (and streaming), and it lets you craft custom picture in picture layouts and do input switching while recording or streaming.

So that’s how I capture images and video

Those are some of my favorite tools. Which ones do you use? Have you tried our video grabbers to help you get great captures for your documentation? I’d love to hear from you. And if you’d like to buy an AV.io HD, AV.io 4K, Pearl, or Pearl-2 for your business, you can buy them from our web store, Amazon, or from our partners.

[Infographic] Are you looking for the easiest HDMI to USB converter?

Are you looking for the easiest HDMI to USB converter?