Every once in a while, a seemingly small or incremental change in technology has a very profound effect on a variety of products and their associated markets as these technological shifts become implemented.

The introduction of UVC drivers into all of the major operating systems (Windows, MacOS, Linux and Chrome) is one such change which has had a dramatic impact on the video grabber market. 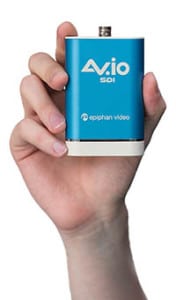 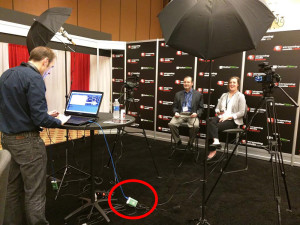 For many users, the freedom of not having to install proprietary drivers for their video grabber is a relatively small benefit,
but for others, the driverless installation is a game changer.  In some workplaces for example, it is either very difficult or outright prohibited to modify computer software and reconfigure settings.

Many native capture applications included with popular operating systems (Windows Camera, for example) are also UVC-compatible, meaning that the user has no need to download either drivers or third-party capture applications. Such versatility expands the market for video grabber products and the resulting increase in product volume allows vendors to reduce the price of products sold into the market.

Before UVC drivers, video grabber manufacturers had to write and maintain drivers for each of their products on all operating systems they wanted to support.  Every time there was an update to a given OS (e.g. Windows XP, Windows 95, Windows 7, Windows 8.1, Windows 10), these companies would need to test with early beta releases of the OS and adapt their drivers to accommodate any changes.

Such extensive testing is a very time consuming process and often results in users experiencing issues with current hardware when they upgrade their OS.

Things work much more efficiently with UVC drivers. For example, Microsoft provides updates to Windows drivers (including UVC) with every successive Windows version. Hardware manufacturers still need to perform testing to ensure that their hardware is compatible with the updated UVC drivers, but this is a much simpler, less error prone and less time consuming process.  The end result is that the user who upgrades their OS has a much higher probability that their new OS version will continue to work with their existing peripheral hardware. Users are happy because their upgrade experience is much smoother and hardware manufacturers are happy because they’re provided with updated drivers from the OS vendor rather than having to re-develop their own.

This centralized development, testing and maintenance of drivers by the OS provider is significantly more efficient for the industry, and this efficiency is passed onto the user in the form of reduced pricing for UVC-friendly products.  The lower the development costs for the hardware manufacturers, the less they need to charge for the resulting products.

The elimination of proprietary driver development also lowers the barriers to entry for those wishing to enter the hardware manufacturing market. No longer do they require the people, expertise and time to develop software drivers for multiple operating systems.  Instead they can afford to be smaller, more nimble companies focused on hardware development.

This lowering of barriers brings new entrants to the market and results in several benefits for users:

As the market grows in quantity and variety of hardware UVC devices, so does the offerings of 3rd party UVC-compatible software.  And as video capture hardware becomes more prevalent and affordable, new software tools in a wide range of market verticals (corporate, education, healthcare, industrial etc.) also come to market.  This further lightens the load on the hardware manufacturers as they can refer their customers to these 3rd party applications rather than having to develop them on their own.  Development costs are reduced for hardware manufacturers which encourages even more new entrants to the market, creating additional competition and lower product pricing for the user.

Another effect of having hardware manufacturers focus solely on hardware products (as opposed to software driver development that they traditionally require) is that they are forced to work harder to differentiate their product.  No longer will the user be selecting these products based on who has stable drivers supporting their favorite flavor and version of OS.  Now it comes down to other factors, such as quality features and performance of the product, product support, and documentation.

The result? More specialized video capture products that are introduced and designed to closely match the individual consumer requirements.  As vendors work harder to differentiate their products without being able to do so in the software drivers, the user wins yet again by receiving more tailored products with better performance, documentation and customer support.

The introduction of UVC drivers into all of the major operating systems signals a maturing of the video capture industry and has created a number of subsequent effects which ultimately benefit the user.  Having OS-provided drivers increases the size of the capture market, reduces vendors’ development costs, encourages new market entrants which increases competition, encourages stronger product differentiation and accelerates the rate and variety of products introduced into the market.

All of these effects combined create more choice among higher quality products at lower prices for the consumer while enhancing the user experience with added portability and smoother migration to new operating system versions.

David is responsible for Product Marketing at Epiphan. Working closely with Engineering, Operations, Applications, Channel Management, and Support, David ensures the evolution of Epiphan products and services continue to exceed customer expectations in a wide variety of end user applications.